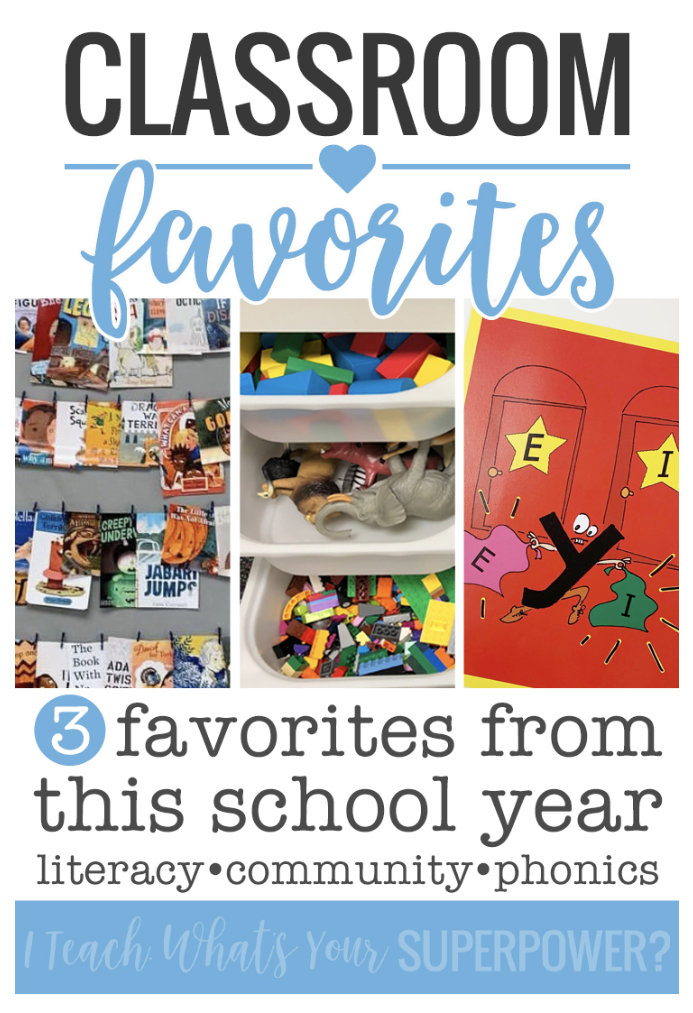 (This post was originally posted on I Teach What’s Your Super Power Blog, and excerpts pertaining to the Secret Stories® have been shared here, with permission from the author.)

Struggling Readers and the Phonics Divide

I had never heard of the Secret Stories until a teacher I thought highly of at a previous school swore by it with her first graders.  It sounded interesting, but it was an “in one ear out the other” kind of thing, and I didn’t think about it again.

Fast forward to January of this year, and there was a CLEAR phonics divide in my second grade classroom between the “haves” and the “have-nots.” While some of my second graders were rocking and rolling with their sound knowledge, picking it up easily from the lessons embedded in our literacy block; others were still struggling with short /a/. 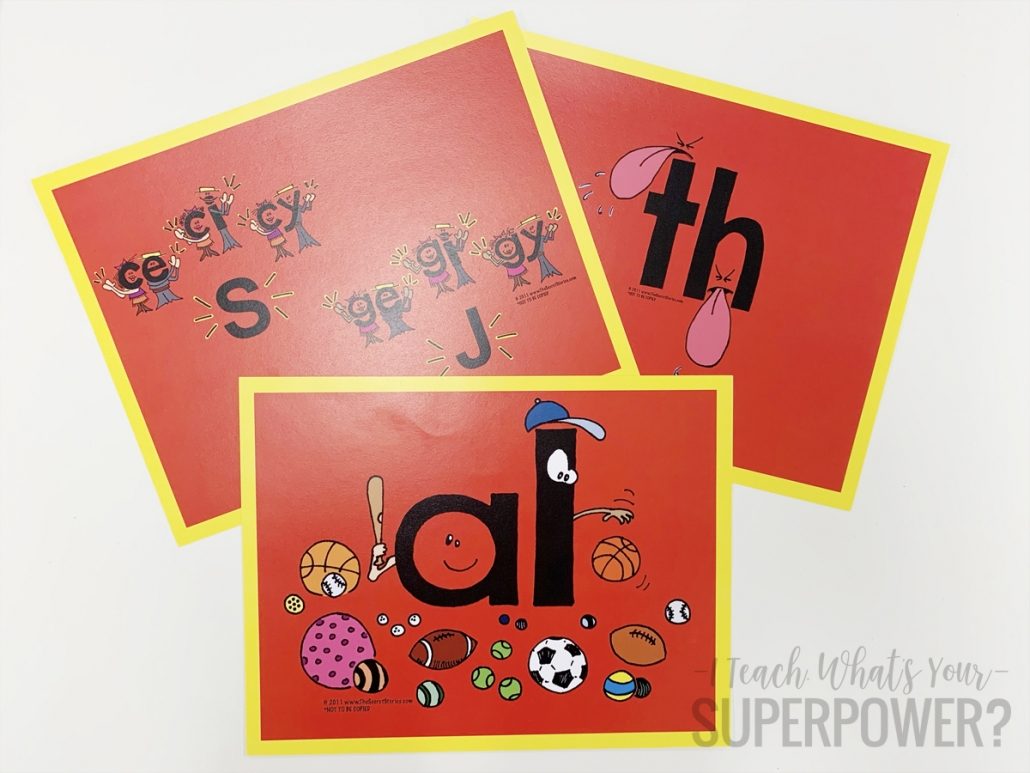 1. The Secret Stories have stories and posters for all of the different phonics skills and sounds.
For example, instead of teaching the r-controlled vowels as a phonics “skill,” I can tell my kids the secret about how er, ir, ur are terrible, awful, horrible, no-good drivers, and always have to slam on their breaks and say “Eerrrrrrrrrrrr!”  (like in the words: her, turn, bird, curve, etc…). Then we connect the sound with the action to engage the full body and anchor the sound-symbol connection into their muscle memory for easy retrieval.

2. The Better Alphabet Song– We sang this daily, twice a day, EVERY day for at least two weeks. Instead of singing the name of the letters, you sing, “A says- ah ah ah ah ah ah ah ah, but it can also say- ay ay ay ay ay ay ay ay.” It keeps going through all the letters and literally ALL of the sounds each can make individually, including the short and long vowel sounds (known as the Superhero Vowels®), the hard and soft sounds for /c/ and /g/, the combined /qu/ sound, and even all three sounds for /y/ (known as Sneaky Y®). There is a CD (or musical download) included so you’re not on your own with this.

3.  Because the Secret Stories isn’t a grade level “program,” it fits into what you’re already using. You DO NOT wait to introduce one sound (or Secret) a week, but instead, you give kids the Secrets they need to read and write words throughout the day. So you’re always looking for opportunities to use the Secrets they know while sharing more. (The ongoing constant use and reinforcement quickly establishes a deep level of skill-ownership.) The author’s point was, “Why should kids wait until February to learn about r-controlled vowels when they need them NOW?!!” Agreed. 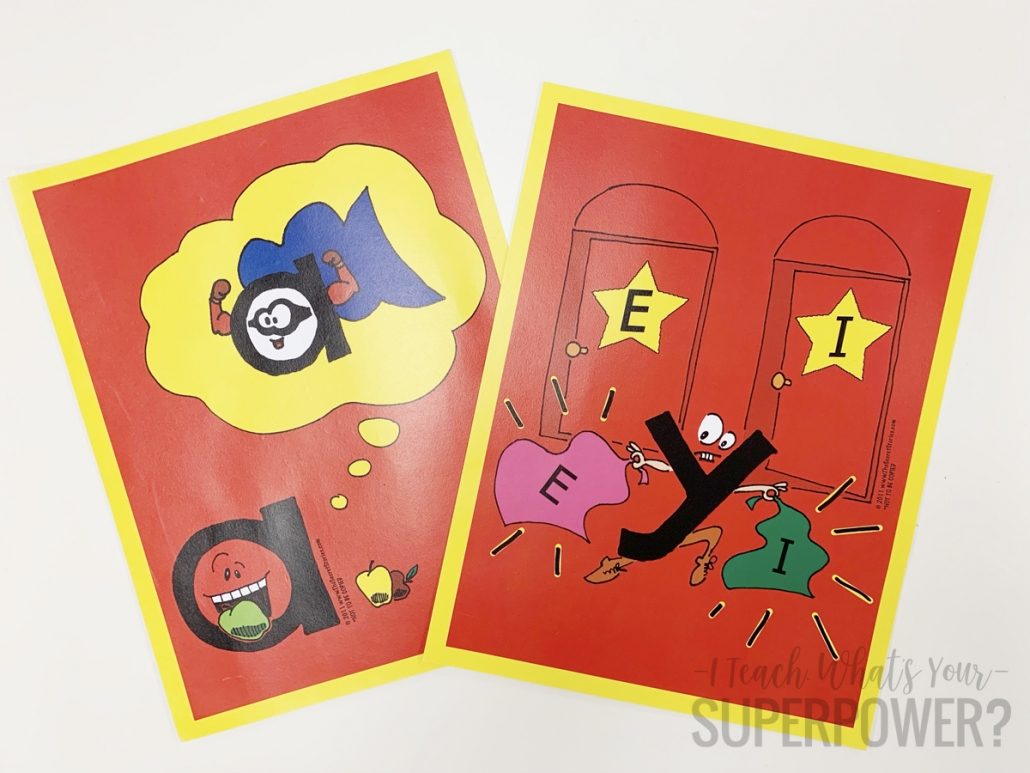 My initial intention was to use the Secret Stories specifically with my struggling readers who had significant phonetic weaknesses as an intervention. However, my “small” group got waaaaay bigger than I planned because the majority of my students wanted to join in!  Some of my strongest readers were strategically placing themselves around my group of struggling readers on the rug while pretending to read a book, just so they could listen in! Eventually, I invited anyone that wanted to join in, and I consistently had 12-15 kids in our “intervention” group.

Our reading intervention time consisted of reviewing previously introduced Secrets, introducing new ones, and them practicing them both orally and on white boards. On Fridays, we would “collect” all of the words with Secret Stories phonics patterns in them, which helped me know which ones I needed to reinforce. Incorrect answers are as informative as correct answers! If we had an extra minute or two during our morning messages, we would play “word detectives” and look for the Secrets in it! 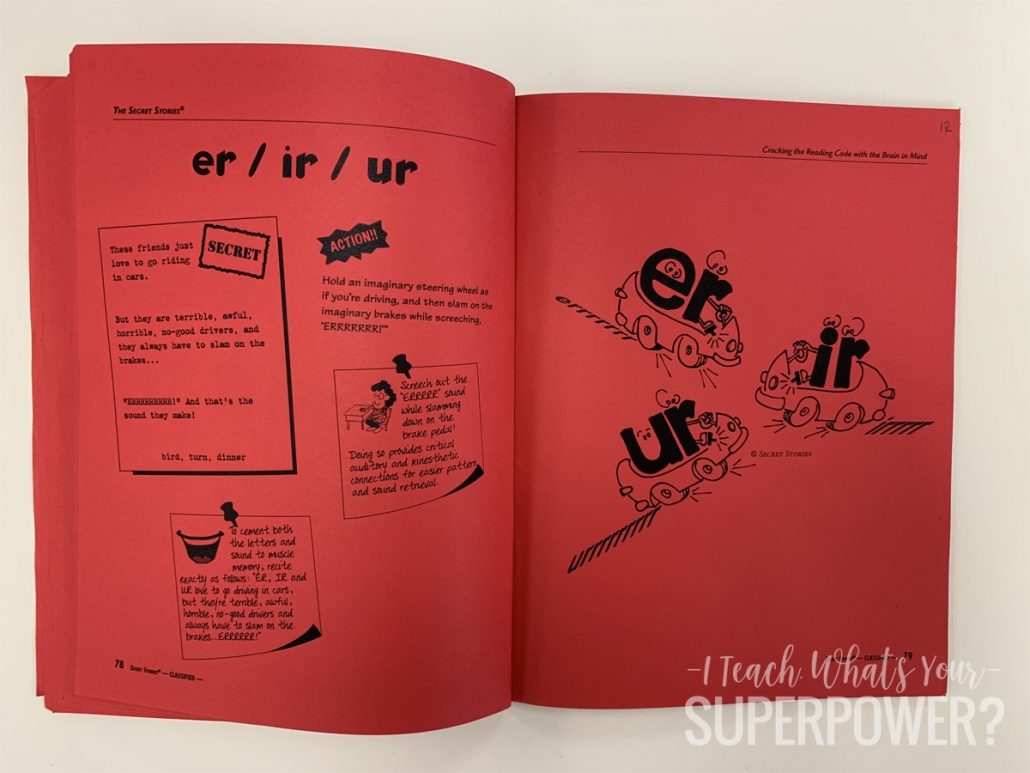 Even though we didn’t start the Secrets until mid-year, I absolutely saw a 100% difference in both their reading and spelling. Next year, I will be starting with the Secrets week one!

As Secret Stories is not available as a “digital” download, it’s more expensive (about $100 for the book, posters and CD). But I was in a full on panic over having so many struggling readers in my classroom, and so I was more than willing to spend the money to make my life easier. If you don’t have the $100 to buy it personally and you can’t get your school or PTA to buy it for you, it would definitely be worth setting up a Donor’s Choose project.

Secret Stories allows me to quickly introduce a significant number of phonics skills in a short amount of time, and in a way that all of my students could easily remember and understand.  Knowing the Secrets also gave us a common language that we could use when talking about the letters and sounds. “I’m looking for Secrets,” became one of our most-used print strategies!

Secret Stories is one of my favorite teacher-things, not only because of the growth that I saw with my students, but because of how much they love them and enjoy using them!