Twice the Gain in Half the Time…Phonics with the Brain in Mind!

You have to work twice as hard to get half as far. 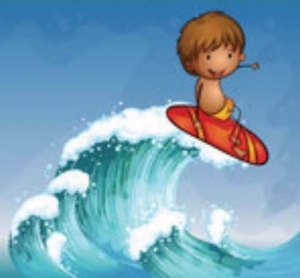 Teaching with the Brain is Like Riding a Wave

You get twice as far in half the time….and with half the effort!

Take Your Phonics Instruction to the Next Level!

While it may seem impossible that kids could actually own more of the code in less time and with less effort than it takes to do ‘letter-of-the-week’ in kindergarten, it’s not. And that’s because…

“Miracles become common and consistent when you teach with the brain in mind.” — Eric Jensen

just do what you’re already doing, but with the Secrets!

Why not tell a “secret” story?

Why not sing Secret songs?

Why not give kids the Secrets they need to actually READ the words that are on it?

Why not stop and share the Secret that’s in the tricky word you just read?

Why not share the Secrets you used to help spell the words you wrote?

Why not look for Secrets that make the sounds kids see and hear in words?

Why not share the Secrets that are in unknown words?

Why not give kids the Secrets they need to read them independently?

Why not look for the Secrets on them?

Why not give kids the Secrets they need to READ them instead?

You’re already reading AND writing all day long, but what are kids reading and writing with? 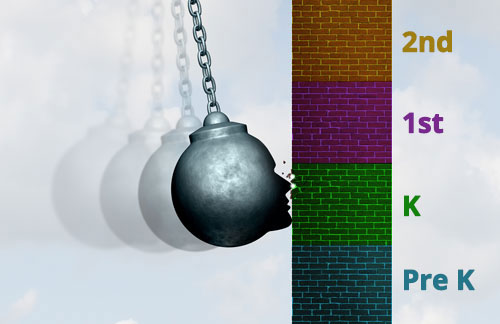 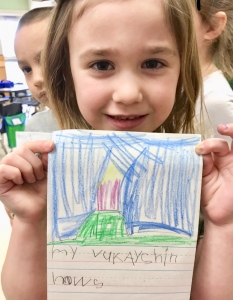 Can you spot the Sneaky Y®, ay, sh and ow Secrets?

If you teach kindergarten, it’s likely that even by the end of the school year, most students will “own” only the individual letter sounds and a handful of sight words—and only just a bit more in first grade (according to the scope and sequences below).

Armed with the Secrets, look at what these four-, five- and six-year-olds can do! In fact, they know the Secrets so well, they can teach them….

The er/ir/ur Secret, as presented by a kindergartner…

….and this four-year is not only able to learn the Secrets about the short and long vowels, she’s able to teach them! She even threw in the /ar/ Secret for good measure because it’s that easy!

McKenzie, a first grader, leads a guided reading lesson on consonant blends and the ey/ay Secret, while explaining to her friend that, “All you have to do is look for Secrets and then try and sound it out!”

Yes. It really IS that easy!

The Secrets live in between the reading and writing that you’re already doing every day….always there, always teaching.

Can you spot the Secrets in this end-of-year pre-k writing sample?

Imagine how many words she wouldn’t have been able to write without the Secrets! 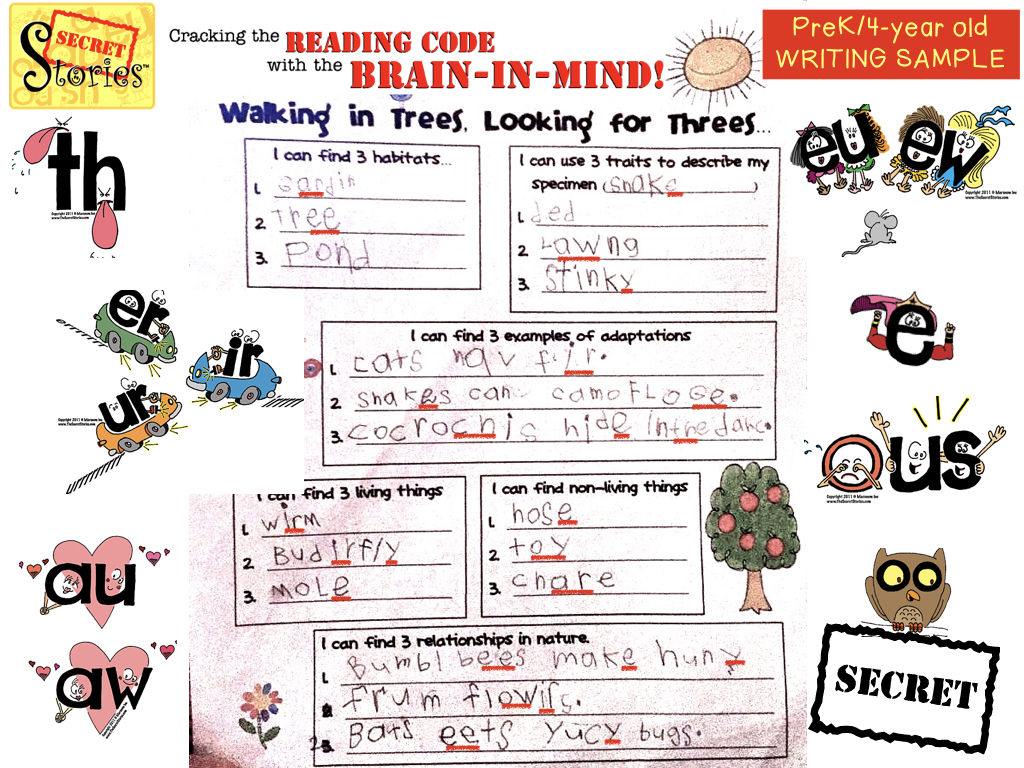 So why must kids wait multiple grade level years for the skills they need to read and write? (Scroll to bottom for more on pre-k use.)

Using this preschooler’s writing as a window into her existing skill set, it is clear that she not only knows all of her individual letters and sounds, but a whole lot of Secrets, as well! View more student writing to see just how important encoding is when teaching kids to decode.

Maximize the Instructional Value of Your Existing Reading Program

“…..because three to four grade levels years is too long to make learners wait for the WHOLE code!”
—Katie Garner 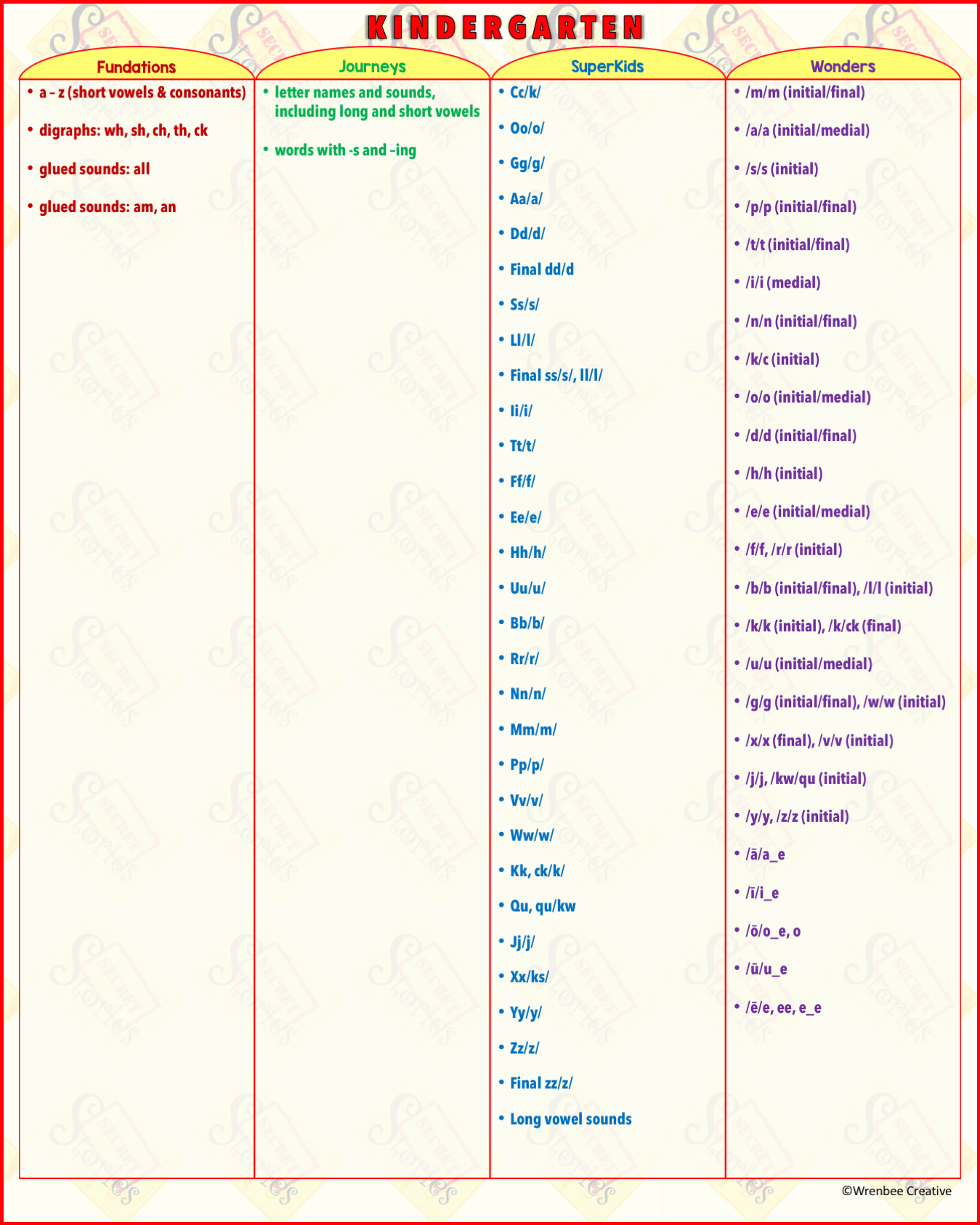 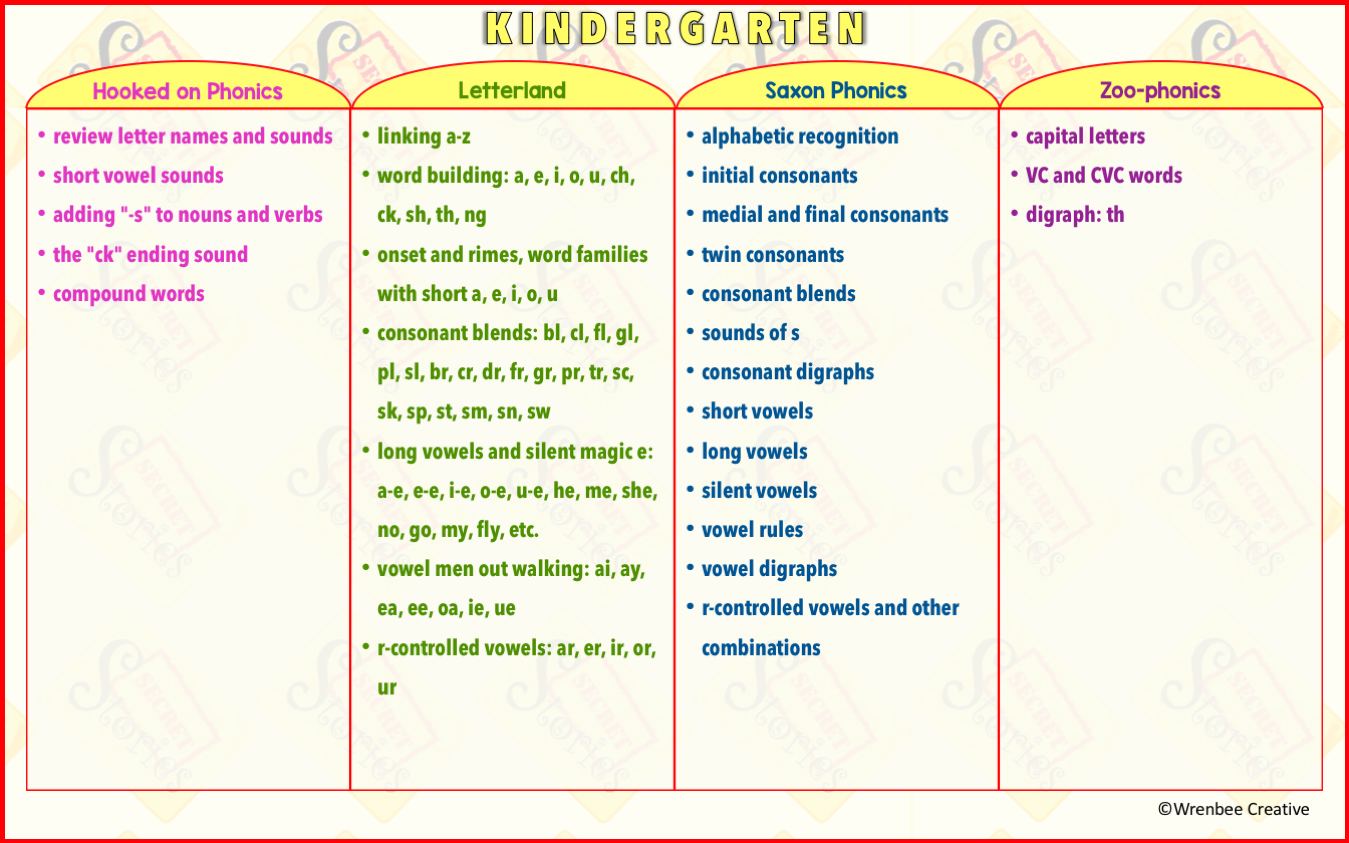 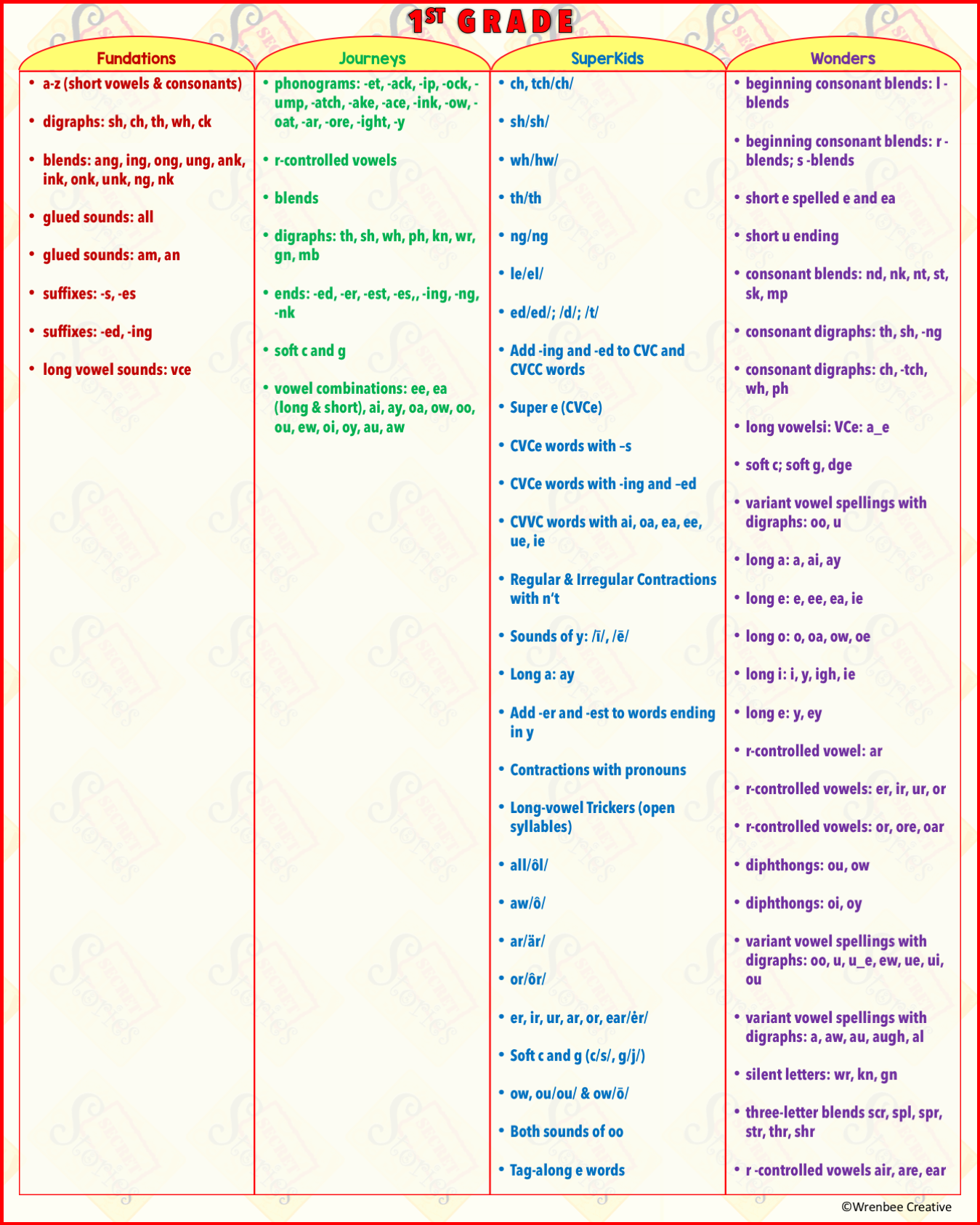 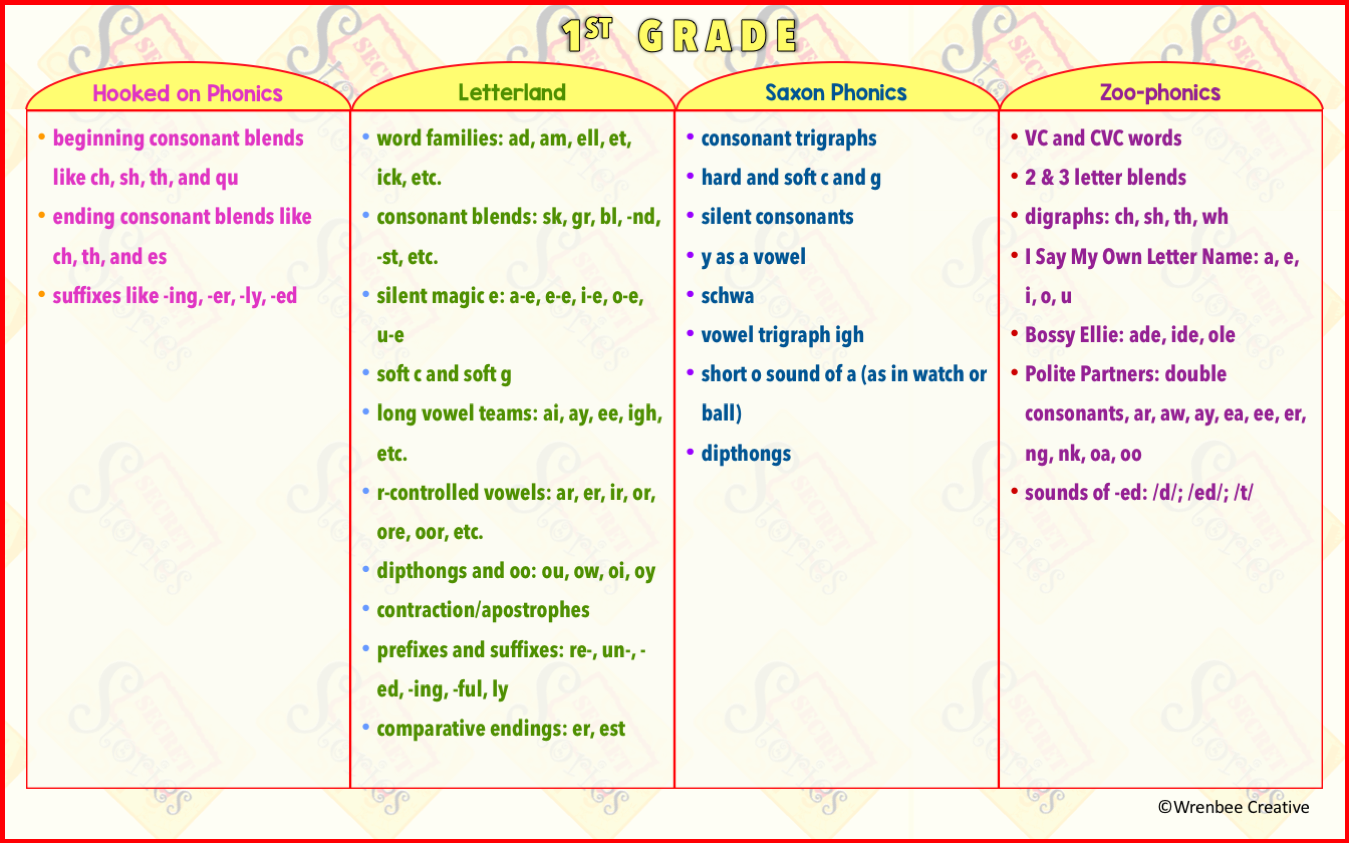 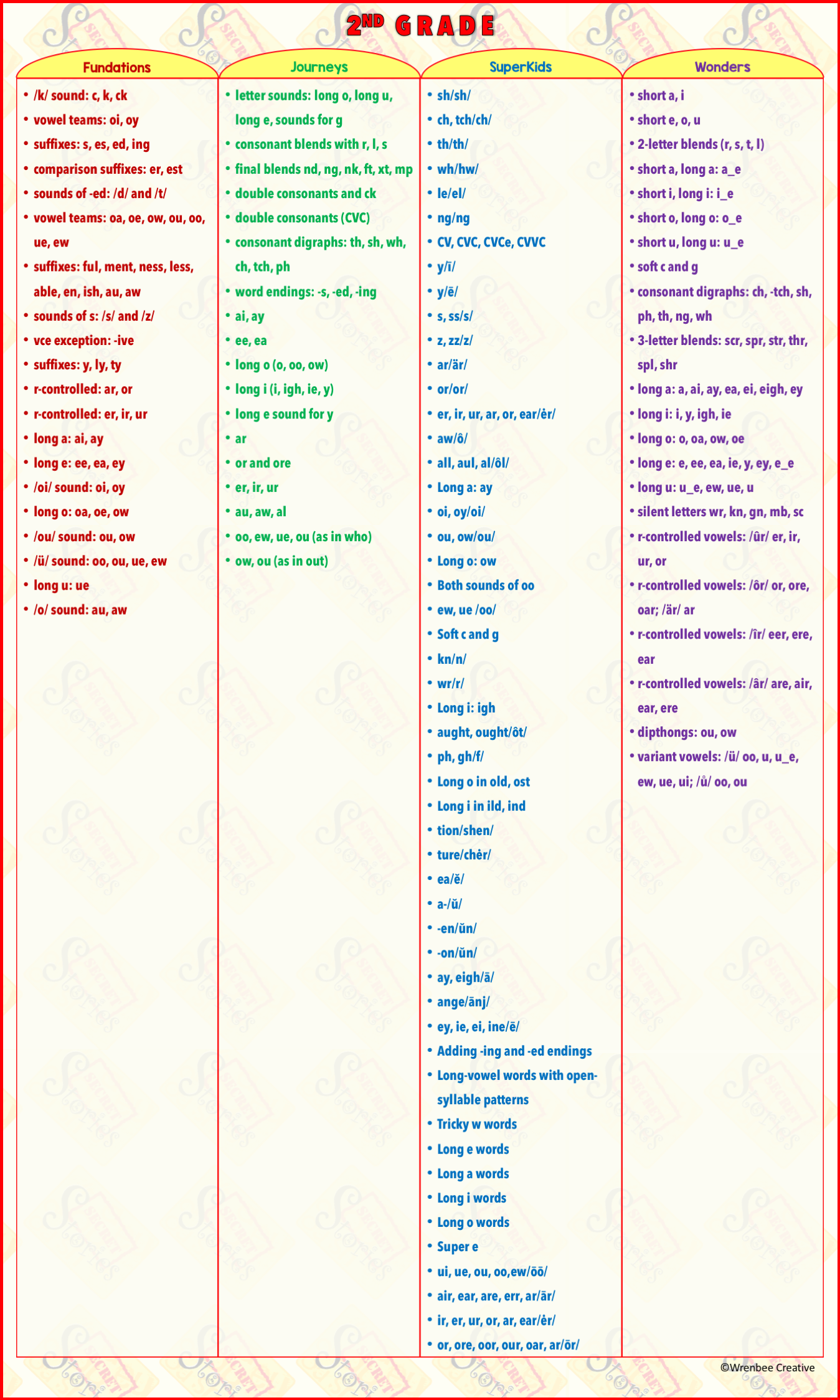 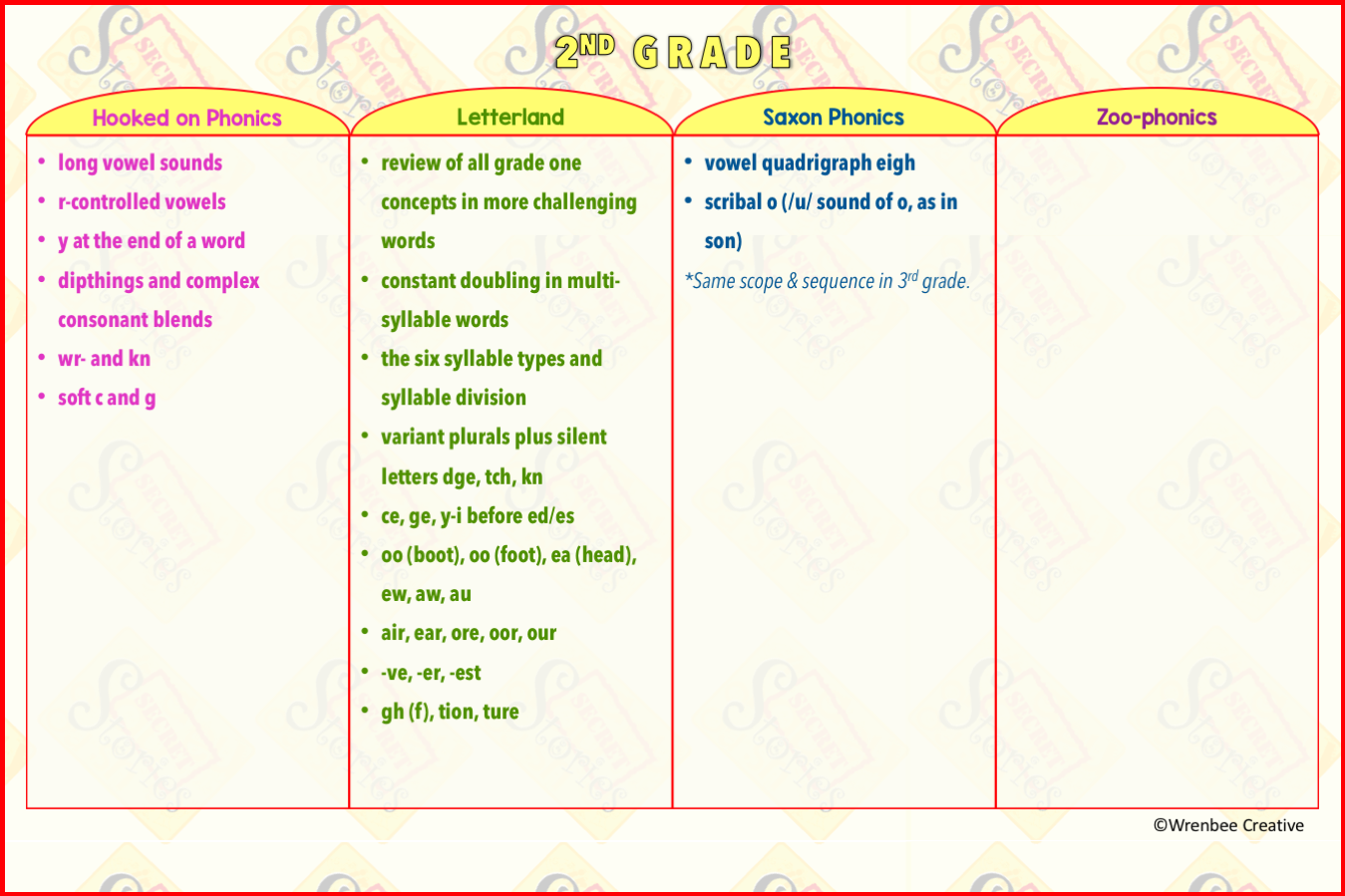 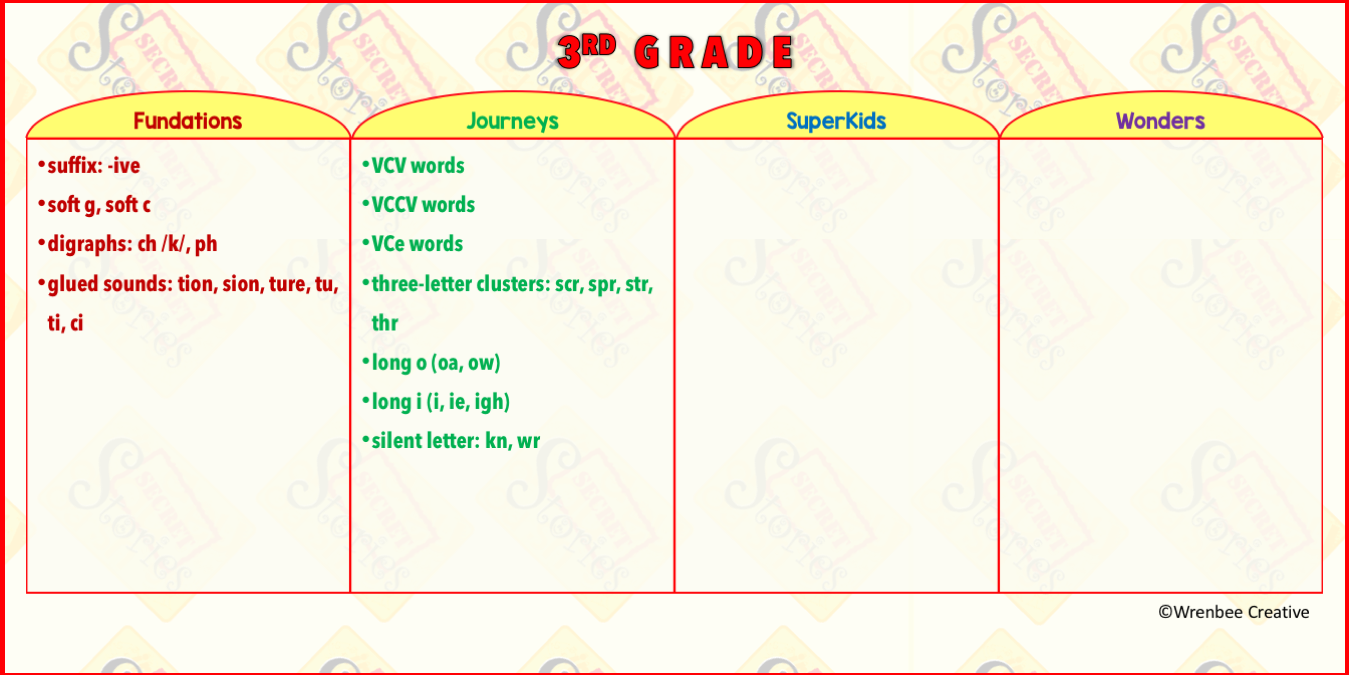 Why WAIT to give kids the ‘whole’ code needed to read and write?

If these four-, five- and six-year-olds know the Secrets well enough to teach them, why are they on the scope and sequences for second grade? 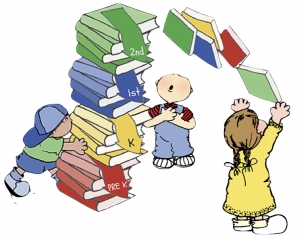 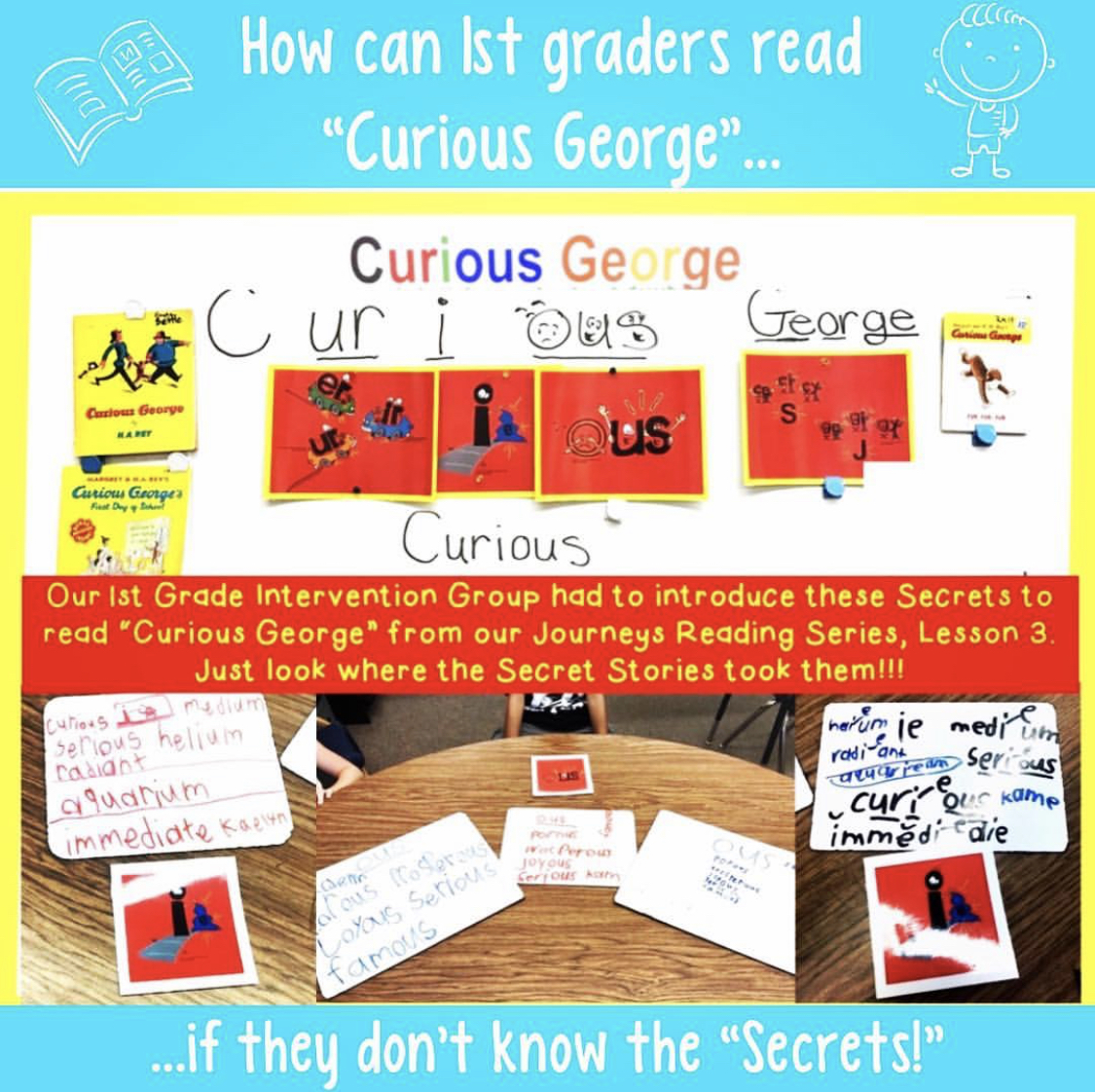 Secrets aren’t “something else” you have to teach.
They are the lifeblood of a reading and writing classroom—
always there, always teaching, and always on hand when kids need them to read and to write.

Reflecting on the word “ice cream” from the lunch menu, this sweet boy feels sorry for the lone letter with no Secrets. He uses the Mommy E®, 2 vowels go a walking, blends, and ce/ci/cy Secrets to read it, and then explains why the letter /m/ must be so lonely…

When you discover the /er/ and /ing/ Secrets in your Halloween Costume….

Knowing the difference between “dinner” and “diner” is easy when you know the Mommy E® and er/ir/ur Secrets….

Discovery of the /ie/ Secret during guided reading sparks a science-discussion about “life cycles” ….proof that the brain is, in fact, a “pattern-making machine!”

Learner-curiosity in this first grade classroom was sparked by the behavior of the letter /i/ in the word “light,” prompting a critical-thinking debate involving other Secrets, including /gh/, Mommy E® and the Babysitter Vowels….

Changing the word “cut” to “cute” is easy if you know the Mommy E® Secret….

A great “role-play” of Superhero Vowel® U and his “short and lazy” sound-disguises by this ESL student….

A big and tricky word like “dangerous” is NO match for first graders who know the /ang/, ge/gi/gy, er/ir/ur and /ous/ Secrets …

Reading the word “ghost” is easy if you know the gh Secret!

Eavesdropping on a little girl who is “playing” with the Secrets…

Writing the word “playing” is easy if you know the blends, ey/ay and /ing/ Secrets…

If you’re a first grade ELL student who wants to read Arthur’s Halloween in October, you’re going to need to know about the Babysitter Vowels®, ou/ow and /oo/ Secrets…

….and you’d better know the er/ir/ur and Mommy E® Secrets as well, especially to attack big words like “hibernate”….

Just in case there was any doubt that even pre-k learners can easily own (via muscle memory) ALL of the individual letters and sounds by October, plus the long and short vowels (a.k.a. Superhero Vowels® and their “short & lazy” disguises) and 3 sounds for Y (a.k.a. Sneaky Y®), here is the proof…

(Note that it is best to minimize the slight shadow-schwa (“uhh”) sound that can be heard following some of the voiced consonant sounds as they are singing.)

Increasing learner letter sound-skill automaticity is a breeze with the Secret Stories® Musical Phonics Brainteasers (on CD), as demonstrated by this first grade class rendition of the Letter Runs,“Jedi-Style”…

The Secrets listed below are just some of those that were used by the pre-k, kinder and first graders in the videos, above. Compare this list of Secrets to the skills that so many third, fourth and even fifth grade students are missing.

—ou/ow (including both sounds for ow)

—oo (including both sounds)

—ie (includes both long e and long i sounds)

Just imagine how many more Secrets these beginning grade learners know that weren’t captured on film!

This leaves memorization as the only option for all of the words they can’t read, which with less than one-third of the code under their belts by the end of first grade, is almost all of them.

Students who are fortunate enough to have support at home in reading and writing will likely be able to compensate for the skills not yet taught. For those less fortunate and more vulnerable, struggling learners, who are often without access to books at home, it is unlikely that they will be able to read or write much of anything in these first few years. These “at-risk” learners have no choice but to wait for the “inherently intractable, slow and inefficient” core reading curriculum to introduce the skills they need (Adams, 1990). 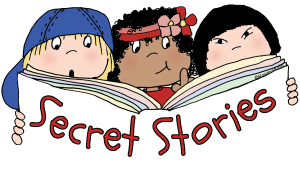 Why wait for the reading series or phonics program to catch up to what kids need on day one of kindergarten to read and write? And why drag phonics skill introduction into third grade where the instructional focus should be on reading to learn, not learning to read? Brain science has streamlined the path and provides an easily accessible “back door” route for accelerating learner-access to these critical skills.

Three to four grade level years isn’t just “too long” to make kids wait for the whole code, it’s completely unnecessary. All they need are the Secrets, and our kids cannot wait!