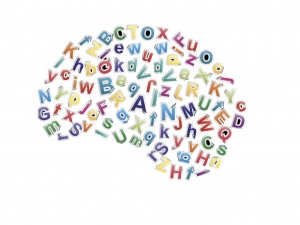 Decoding is a key skill for learning to read that involves taking apart the sounds in words (segmenting) and blending sounds together. It requires both knowledge of letter-sound relationships, as well as an ability to apply that knowledge to successfully identify written words and make meaning.

Decoding is essential to reading. It allows kids to figure out most words they’ve heard but have never seen in print, as well as sound out words they’re not familiar with. The ability to decode is the foundation upon which all other reading instruction—fluency, vocabulary, reading comprehension, etc… are built.

What is Phonics and Phonemic Awareness?

Phonics is a method for teaching reading and writing that is based on the alphabetic principle—the understanding that letters represent sounds that form words.

Phonics instruction requires developing learners’ phonemic awareness, which is the ability to hear, identify, and manipulate sound patterns (phonemes) in order to teach the corresponding spelling patterns (graphemes) that represent them. It involves teaching the sounds made by individual letters and letter groups, and how to merge those sounds together to make words. 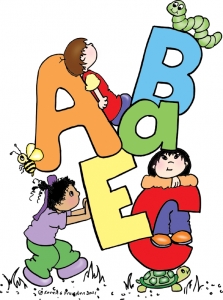 Phonics is based on the alphabetic principle which refers to the systematic relationship between letters (graphemes) and their sounds (phonemes).

Is Phonics Important in Learning to Read?

Phonics is important in learning to read and write because letter-sound knowledge is the foundation needed to build up reading and writing abilities. Written language is like a code that kids must crack and phonics is the key to cracking it.

Research clearly shows phonics to be a cornerstone of effective early reading instruction. Phonics enables beginning readers to decode unknown written words by sounding them out, which is an essential skill for independent reading. This is especially important given that most all printed words are unfamiliar to beginning grade learners.

Knowing the sounds of letters and letter combinations also helps kids to know which letters to use for the sounds they hear in words they want to write.

The National Reading Panel explains the goal of phonics instruction as providing students with the knowledge and ability to use the alphabet to make progress in learning to read, write, and comprehend.

Scientific studies have consistently found that phonics instruction is the most effective way to teach children how to read. Without it, some children will develop serious reading difficulties.

When Do Kids Learn Phonics?

The traditional path for phonics instruction typically spans multiple grade level years, from pre-kindergarten to second or even third grade.

Kids learn phonics at the beginning grade levels, with the traditional path for phonics instruction often spanning multiple grade level years, from prekindergarten to second or third grade. Learning phonics in kindergarten means learning that the letter /y/ makes the sound “yuh,” but it’s typically not until second grade that they learn it can also make the sounds of /e/ and /i/.

It is also common for early learners to spend an entire kindergarten year on mastering the individual letters and sounds, despite the research showing that the ability to identify all of the letters and sounds by Halloween (in kindergarten) is a primary predictor of later student reading success (Allington, 2016).

Even the small parts of the code that beginning grade learners do know will often appear contradictory to the sounds that letters make (together) in actual text since the letters in isolation almost never seem to make the sounds that they are supposed to when they come together in real words.

For example, kindergartners are taught that /t/ says “tuh” as in the word turtle, despite the fact that the overwhelming majority of the time, /t/ won’t actually say “tuh” when it is observed in text, as per high frequency words like: the, this, them, they, those, there, then, etc…. And yet, traditionally, the /th/ phonics pattern isn’t formally introduced until late fall or early winter of first grade. For beginning readers, such blatant instructional discrepancies can feel like the reading equivalent of a wild goose chase.

“Three to four grade level years is too long to make learners wait for the whole code.”
—Katie Garner